First off, I know no one personally who actually seeks out 'Dum Dums' but this "survey" says so. So if you're the dum dum who likes 'dum dums', come forward (jk!)

Zippia released a map of each state's favorite Halloween candy based on Google Trends, and for a lot of states, it makes sense. For example, the most common favorite candies, in 5 states, are Twix and KitKat. Those are legit, tasty, chocolatey candies and they're perfect for halloween. I totally get it. Second to that are the four states who prefer Skittles. Now, as the author of this story, I'm not a Skittles guy but I know people dig it, same with Jolly Ranchers and others who snag a few states each.

But here in Idaho, and also in Mississippi and Maine, Dum Dums are apparently the favorite Halloween Candy. DUM DUMS! I don't know anyone who actively seeks out Dum Dums. To me, they're a candy that only gets eaten if they come in some sort of spoOoky variety pack, but I've never heard anyone say, "hey when you go to Jackson's, can you pick up some Dum Dums for me?" That's literally never happened. Now, I wouldn't go as far as to say I'm upset about this but I will go as far as to say it is absolutely impossible that Idaho's favorite candy truly is the Dum Dums. We're a people of rich taste and flavor, we need more than what a Dum Dum can offer, so I'm just going to say this "study" is wrong, and go back to eating Reece's Pieces like a normal person. 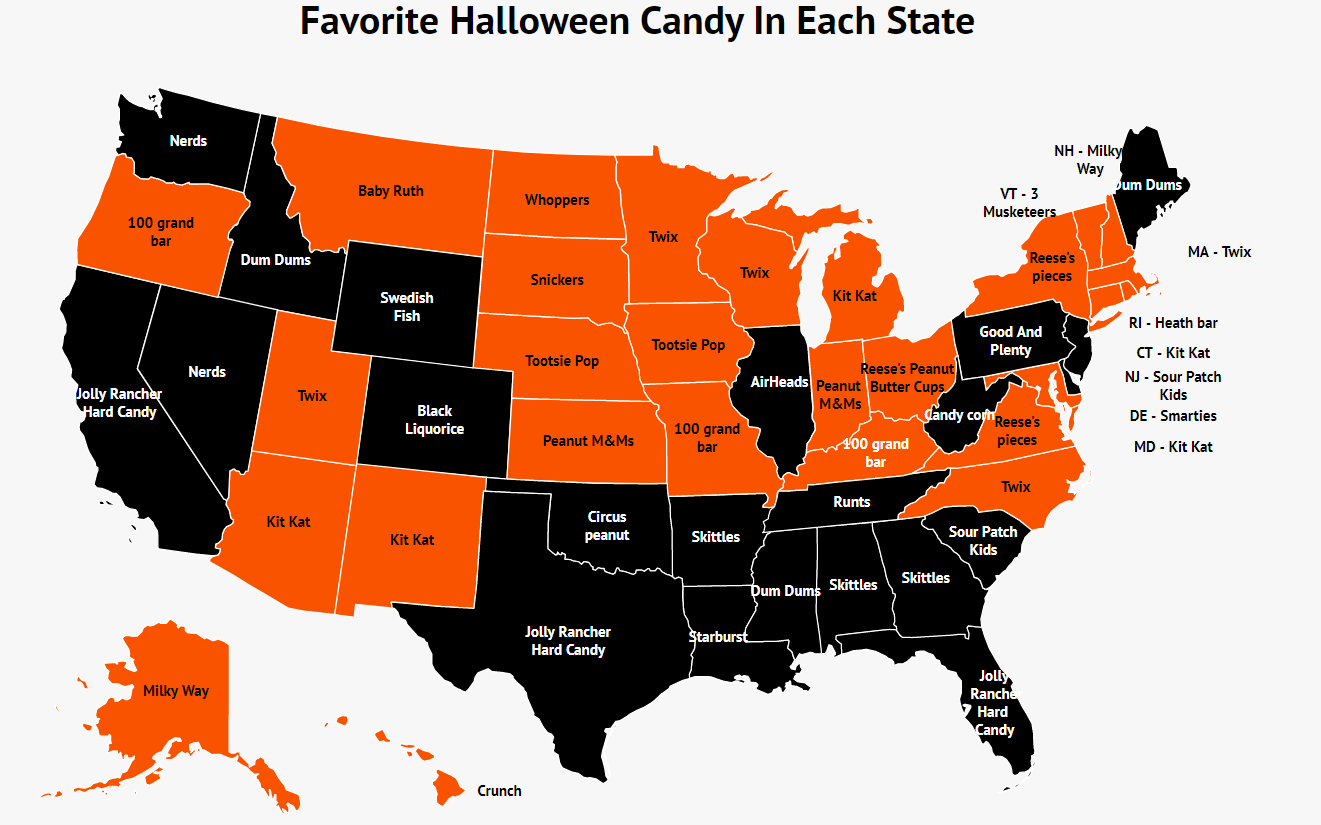 Get our free mobile app

Freeze it and they will eat it. Kids love popsicles and moms love a snack hack, so frozen anything is pretty much a win. The most clever ideas make snacking fun and at least a little healthy, and they require very little effort on mom's part.

7 of the Best Pumpkin Patches in Boise and Beyond

Whether you're carving, painting or baking these are six of the most fun places to pick out your pumpkins in 2021!